Seeing as we lost a day in Cedarville, we hightailed it out of there by 9:30am.  It would have been earlier, but Tom and I were obsessed with our early morning visitors…the sandhill cranes.

From the time Ken and I started this bicycle tour, the cranes have been watching our every move.  They have always stayed far enough away that we couldn’t get a good look at them.  On this day, the cranes lost their shyness and moved in, as if to see what we were all about.

Sandhill cranes live and migrate near freshwater and wetlands.  I didn’t know that they will eat mice, snakes, and worms, along with plants and grains.  The cranes can grow as tall as 5 feet and have a 6 foot wingspan.  Absolutely beautiful when seen up close, they are one of the oldest species that have gone physically unchanged.  I must have taken 50 pictures of these two cranes!!  If I could have, I would have stayed to just watch for hours…but, the road was calling.

Actually, our ride that day was brutal.  One of the hardest yet.  We had head-on winds at 19 miles per hour with gusts that tried to stop us in our tracks.  Tom got a real taste of life on the road, but he is such a good cyclist it seemed like it didn’t bother him at all.  I have been saying all along that you can only go as fast as the slowest person…so I held the two guys back.  They could have made it to St. Ignace long before we did had it not been for me.  We all pushed through the wind for 18 miles until we finally came to our turn south and we got some relief.  Tom flew off like he loves to do, and enjoyed the remainder of the ride unfettered.  We met up again at the campground in St. Ignace, set up camp, and then had to do laundry and eat.  It was a long day, and we all looked forward to a good nights sleep so that we could go explore Mackinac Island in the morning. 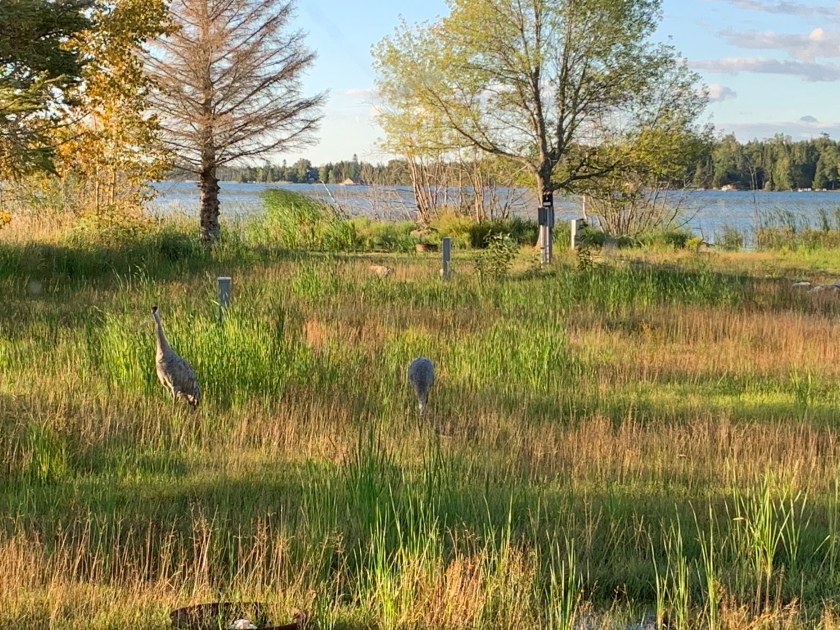 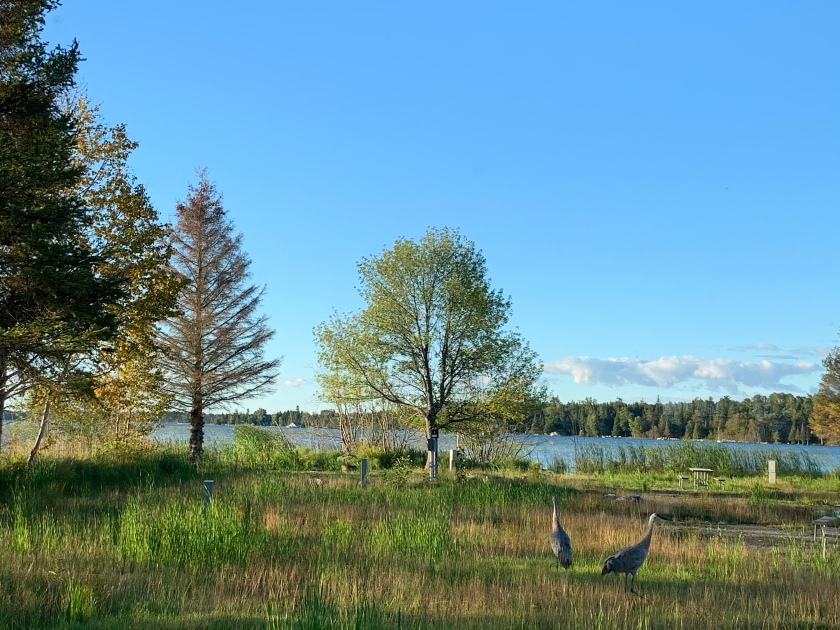 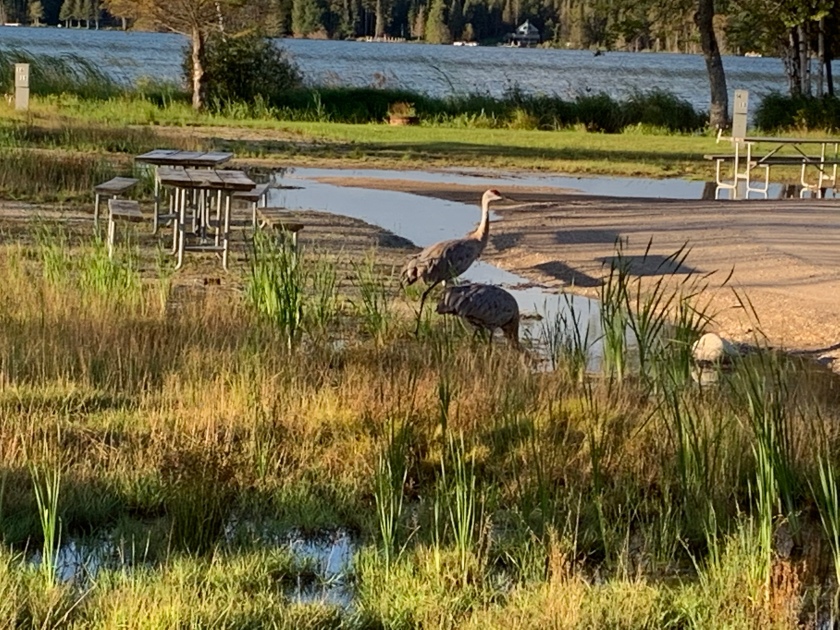 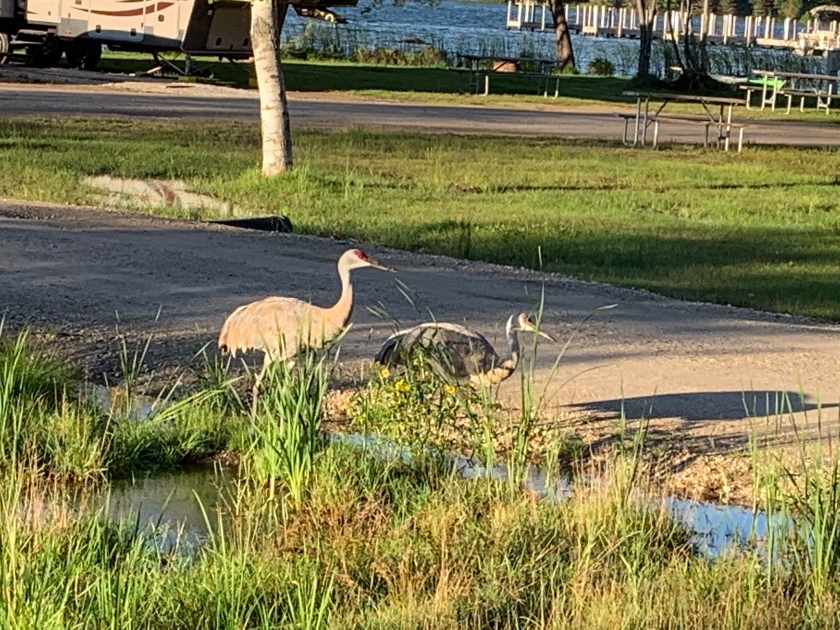 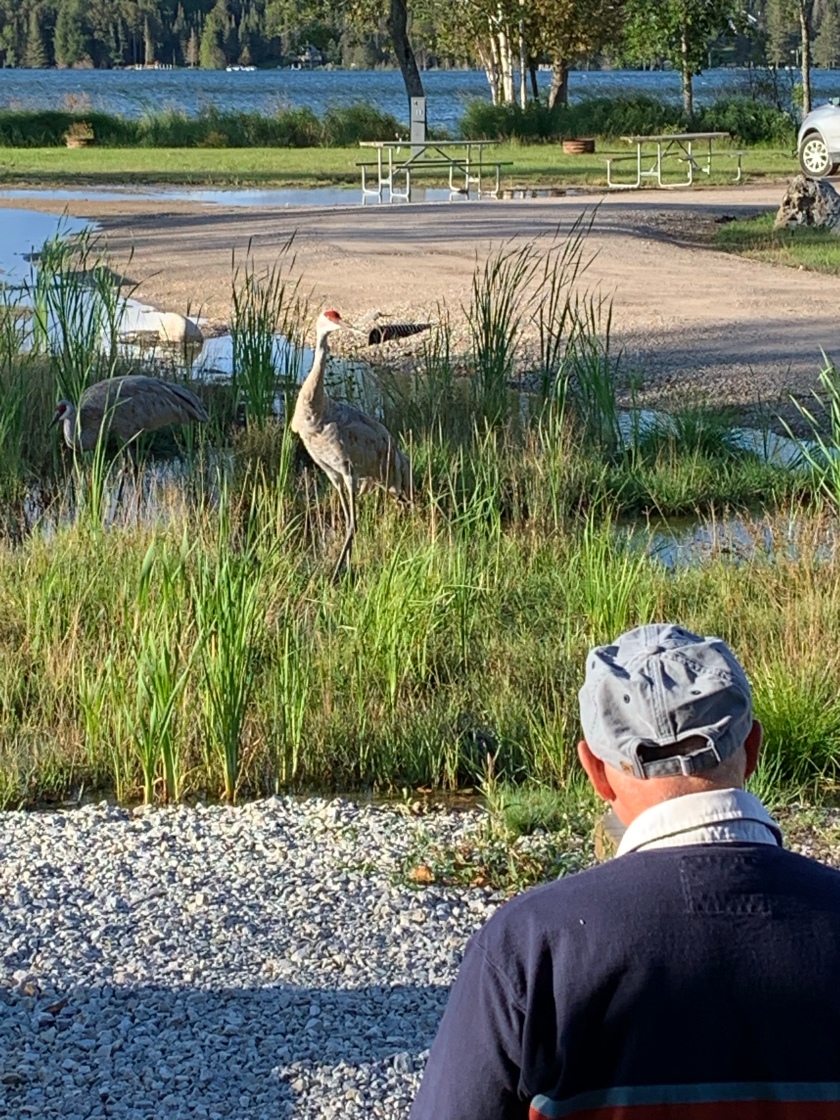 Tom And The Cranes Getting To Know Each Other

First Glimpse Of The Mackinac Bridge From Lake Huron 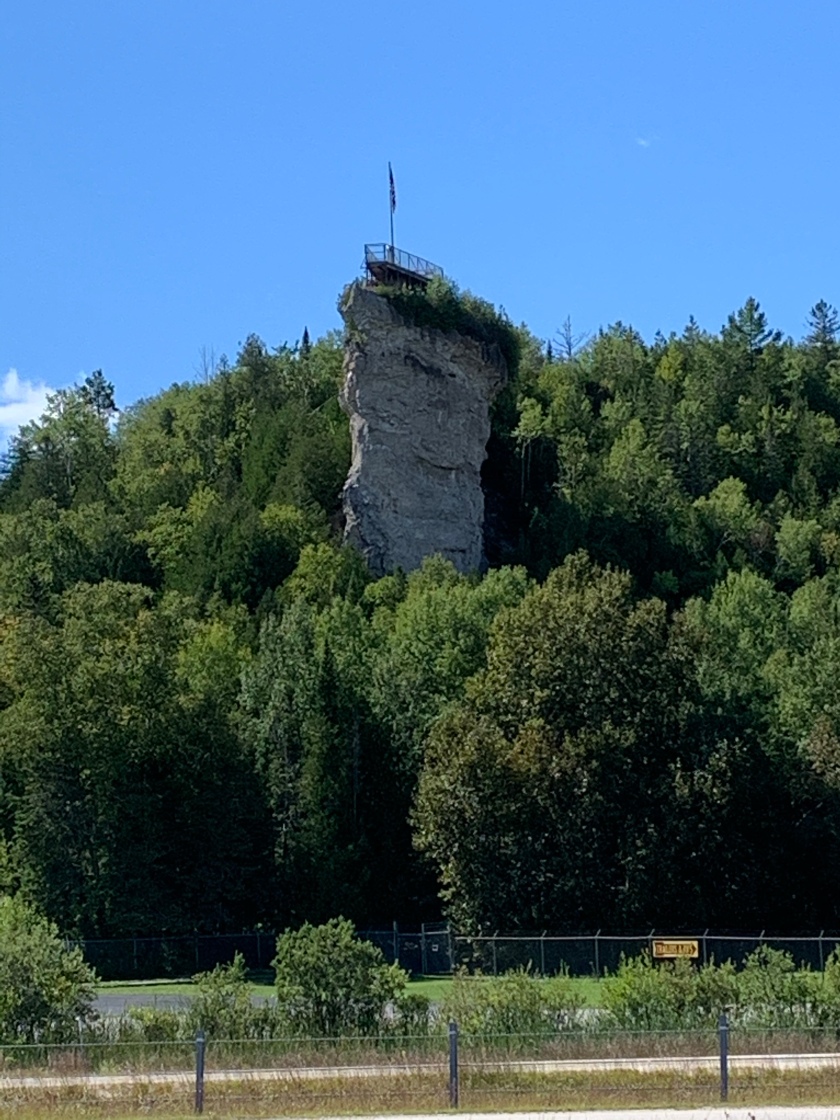 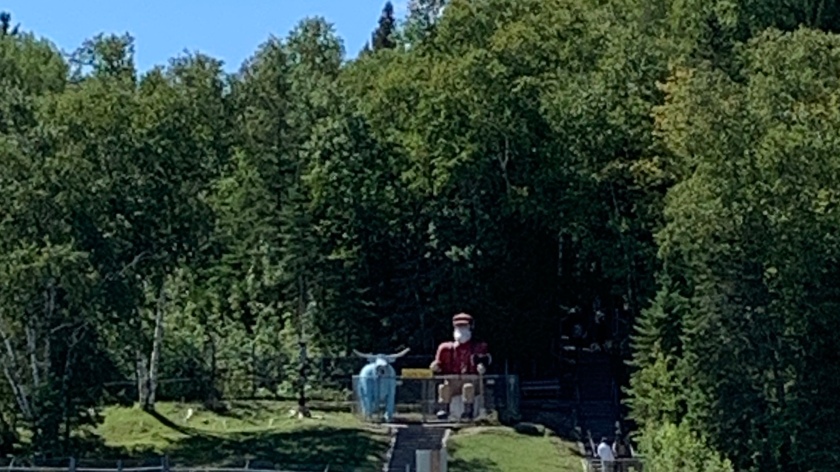