We left Camping In The Clouds, late again.  Guess we just didn’t want to leave!  We were still enjoying conversation and stories!  I met the owners’ dad who is a runner.  He is in his 70s and runs 6 miles everyday.  He was helping his daughter at the camp by cutting wood.  He is from Marquette, where I lived for 4 years after high school.  In fact, I gave birth to my amazing daughter at the Marquette Hospital.  But, he was such an interesting man who had no problem shutting down his task just to speak with me.  I could have kept talking about running and Marquette connections, but we were on a mission to reach Iron River and meet Maggie, our ‘warmshower’ hostess.

Ken and I did quite a bit of walking on the way to Maggie’s.  There were just so many steep sections to the route, but we just kept going.  Also, Ken is having issues with his gears.  While at Camping In The Clouds, we googled how to adjust the derailer, which we did, and then cleaned the chain, etc. which helped, but Traveler could definitely use a professional!  Although we did have to walk some, it was nice to be on back roads with little to no traffic.  Also, there was even a small section of paved bike trail toward the end.  We thought we had made it through the worst, when we called Maggie about 4 miles out, just to give her a heads up.  You could tell she was really excited to have us as she explained how to get to her home…when you turn right, just go up the hill and I am at the top.  And a hill it was!  Roller coaster steep, like when you are heading up the first climb right out of the wheel house, and everything is going clickity, clickity, clack…and you are so full of excitement when you reach the top to fly down!  Not!  Our bones were clickity clacking no doubt, but we did not even attempt it.  We just walked the old steeds up the roller coaster road, up Maggie’s driveway, and called it a long day done.

Maggie was there to greet us!  Such an inspiring, earthy woman.  Everywhere we looked was a labor of love, a vision she painstakingly brought to reality.  We had this remarkable apartment above the garage that had a vintage 5 gallon galvanized steel water dispenser with a spigot, a dry toilet, and a solar shower!  Ken took a refreshingly cold shower there.  I went over to Maggie’s and used her modern one!  The yard was cascaded in a colorful array of flowers, some of which she displayed in vases in the apartment.  She nurtured a substantial vegetable garden that looked healthy, lush, and green.  Like us, Maggie is a vegetarian.  She invited us to dinner and served the most delicious meal.  It was such a blessing really, to have healthy food to eat.  We found out that Maggie is following the same dietary regimen as we are.  You might want to check it out, “Prevent and Reverse Heart Disease” by Dr. Caldwell Esselstyn.  Also, the short film, “Forks Over Knives” by Brian Wendel.  Maggie even made dessert…a berry sorbet!  While sitting outdoors enjoying our dinner, a doe was enjoying hers in the yard.  Maggie also has a wren family residing in one of her bird houses.  She has been patiently waiting to see the littles ones fly the coop.

Maggie told us that at 10pm the town sounds an alarm reminding parents that their children should be home.  Wow!  When was the last time you heard of that?  She also said that the alarm will sometimes kick off another alarm, the howl of the coyotes.  Sure enough, the curfew alarm rang and the coyotes returned the call.  Ken and I had such a restful sleep that evening.  We awoke to the birds singing!  Maggie has her own little eden here and we were sorry to have to leave.  She made us oatmeal for breakfast, with wild blueberries, then sent us off with our own little doggie bag of fresh snow peas!  Those peas were such a motivation to get us to our next campsite!  We were off!! 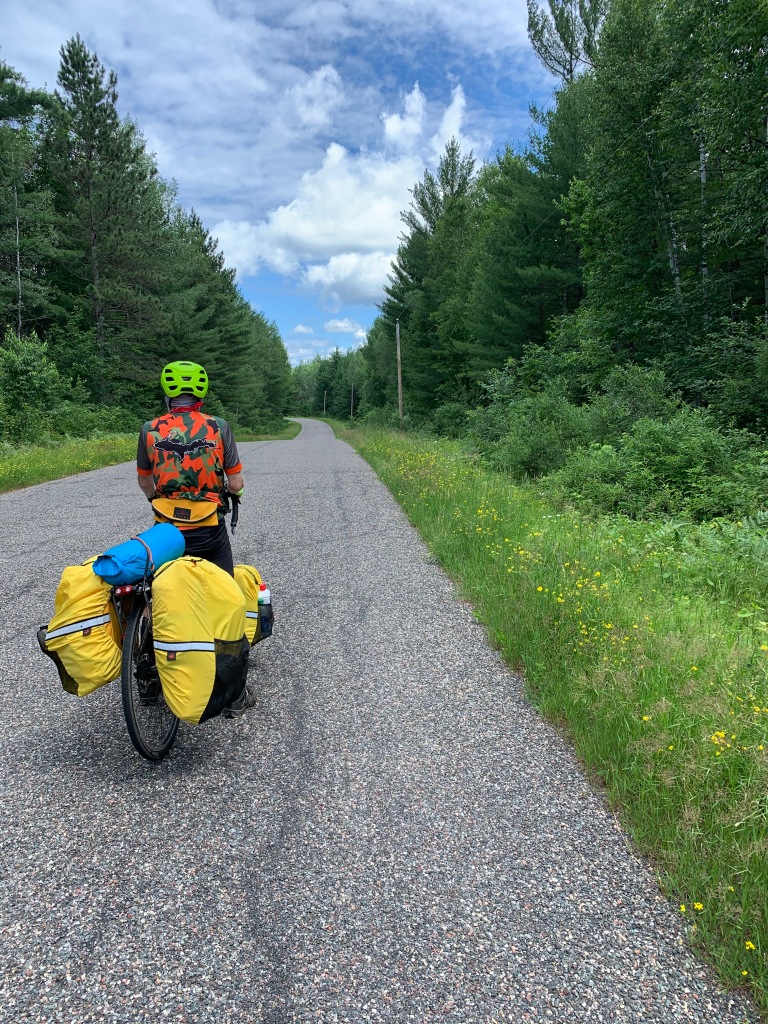 Back Roads, No Traffic! 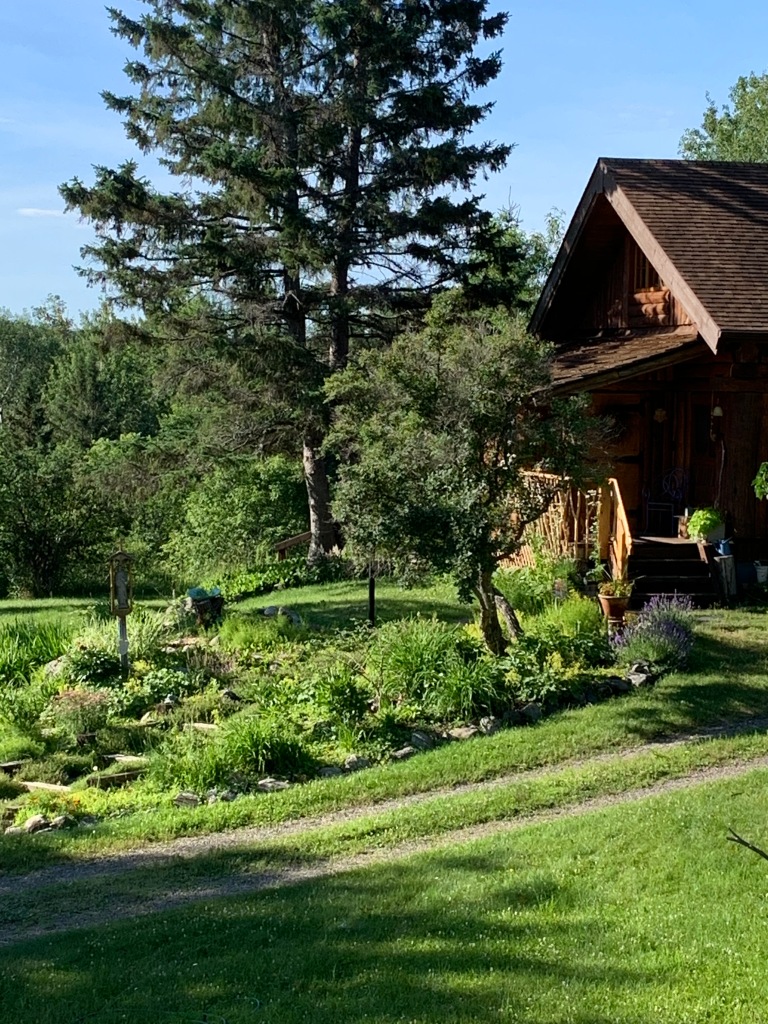 Maggie’s Grill and Me